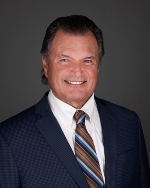 John A. Stevens is Founder and President of Stevens Strategy, LLC, a full-service consulting firm specializing in managing the process of strategic change in colleges, universities and schools. He also serves as a Founder and Principal of Chronos Company, LLC, organized to design, oversee the development of, raise and disburse capital for and engage in other activities related to the creation of Chronos UniversityTM. Chronos UniversityTM will be the first residential institution to provide an individualized and completely technology-based instructional program to traditional undergraduate students. He has more than 40 years of higher education experience in strategic planning, institutional organization and governance, process redesign, financial planning, information system selection and implementation, collective bargaining and executive search. He has provided consulting service to approximately 100 independent and public institutions from our nation’s largest universities to its smallest colleges and schools, specializing in small to mid-sized institutions and the process of strategic change within them. In 2003, after 17 years at another higher education consulting firm, Dr. Stevens began Stevens Strategy. At his previous firm, he served as its Senior Vice President and Chief Operating Officer and the head of its Strategy Consulting Practice. He has served as Assistant to the Chancellor of the Massachusetts Board of Higher Education, Vice President for Administration of Rhode Island School of Design, Assistant to the President of Boston University and President and Chairman of the Board of Little Red Schoolhouse, Inc. He has also served as a representative of the Board of Higher Education on the Massachusetts Community College System and the Massachusetts State College System Boards of Trustees; as a member of the University of Massachusetts Political Science Advisory Board; as a member of the New School Jazz Program Board of Governors and the International Board of Advisors to the Shala Valley Project, an effort to trace the origins and evolution of settlement in Northern Albania from the earliest times to the present; as Vice Chairman of the Board of the Urban League of Eastern Massachusetts and as Chairman of the Board of Trustees of New England College, a small residential, liberal arts college in Henniker, New Hampshire. He served there as interim president on a pro bono basis, as well. Dr. Stevens currently serves on the Board of Directors at Maltz Jupiter Theatre and periodically as a mentor at Harvard University Graduate School of Education. He holds the B.A. degree from the University of Massachusetts at Amherst and the Ed.M. and Ed.D. degrees from Harvard University.