Controversial Speakers and the Challenges Faced by College Presidents

In 2017, conservative scholar Charles Murray was met with protests during his lecture in Middlebury College. However, much of the controversy did not stem from his political beliefs but from his 1994 book The Bell Curve in which he argued that racial group intelligence is variable. Later in the year, students from UC Berkeley shut down a speech by Milo Yiannopoulos who is no stranger to being protested. The alt-right provocateur was barely audible amidst the noise of the violent riots going on outside the main event which caused over $100,000 in damages.

These two controversial speakers are not the only ones to be disrupted during a speech in liberal colleges. There’s Betsy Devos, the Education Secretary; political commentator Ben Shapiro; and Vice Media co-founder Gavin McInnes who espouse similar conservative views as the others. In the last few years, college speeches from people who represent ideologies disagreed with by some student groups have resulted in frustrating— even violent— outcomes. So why do college administrators still provide a platform for controversial speakers in their institutions? Simple: because they wish to promote the free exchange of ideas. 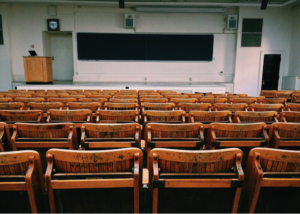 The First Amendment states that: “Congress shall make no law respecting an establishment of religion, or prohibiting the free exercise thereof; or abridging the freedom of speech, or of the press; or the right of the people peaceably to assemble, and to petition the Government for a redress of grievances.” Conservatives, liberals, anti-vaccination groups, flat-earthers, and other groups may not be prohibited by the government from gathering and speaking about their beliefs, even if their beliefs are divergent from or offensive to the majority. Publicly sponsored institutions in most cases must not prohibit free speech, while privately sponsored institutions in most cases may prohibit free speech as they are not acting for the government.  In both cases though, the basic ethos of higher education–the free exchange of ideas—should severely discourage such policies.

Murray and Yiannopoulos were invited by student groups who may not be representative of the majority but still comprise of a fraction of the student body population. The Knight Foundation surveyed students from different colleges and found that 56% believed in freedom of speech as fundamental to democracy while 52% valued diversity and inclusivity in the campus. Furthermore, 90% said that brute force should not be employed to impede someone’s right to free speech, while 37% said that verbal protests are within reason. Disparaging remarks or hate speech are still within the bounds of protection of the First Amendment; but while there is no legal definition as to what constitutes hate speech, some believe that speech should be prohibited on the same basis as Justice Holmes’ famous exception for yelling fire in a crowded theatre.

What should be done? 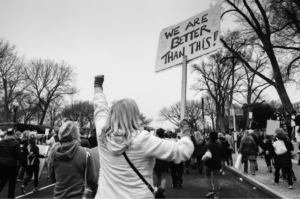 Historically, university administrators have responded to controversial speeches and the protests incited similarly— by releasing statements emphasizing institutional values, engaging in public forums in response to public dispute, and social media monitoring according to a survey by The American Council on Education. The ACE survey also revealed that 96% of college presidents would not have their students be shielded from different types of ideologies and speeches even if it draws anger or opposition. Almost all administrators believe that free speech is a fundamental right that should be exercised freely without fear of being booed or shut down.

However, college presidents still have to deal with the consequences that come with this freedom. They want to honor everyone’s right and promote inclusivity but they still have to protect the safety of their institution. Speaking to Inside Higher Ed, one college president who wanted to remain anonymous said, “You want to show respect for the speaker and you want to respect the fact that people in the audience have different views. You don’t want to get involved in every petty issue, but there are times you have to stand up for the values of the college.”

Colleges should not be in the business of censorship but just because someone is given the space to talk about their controversial beliefs does not mean that colleges are advocates of the same ideology. However, it is also within the duty of administrators to determine whether speakers, controversial or not, actually have something meaningful to contribute to the discourse. Giving the floor to speakers just to incite a debate is futile, if not dangerous. It is a skill that all administrators have to learn for the sustainability of the institution, especially newly appointed presidents, who Stevens Strategy previously emphasized are in a difficult transitional phase.

But it is a tricky situation as there are just certain beliefs that go entirely against the values of the institution that administrators cannot afford to remain silent. While colleges cannot technically ban hate speech, they should continue to teach students about how they can further propagate dangerous ideologies such as xenophobic notions. One of the pressing reasons that causes college transfers is looking for a change of scenery, according to a post by Maryville University, and ongoing cultural wars may contribute to the decision to leave a university. Administrators should focus on educating students about how some remarks have deleterious affects and even call out those hateful remarks. Educational institutions should also highlight that protests should not be done in order to silence others, but as a way to suggest an opposing view and how that idea might be more positive and beneficial to society. Ultimately, peaceful demonstrations or violent rallies are counterproductive without an explanation.